Posted by RC4WD on 5/22/2018 to Events
Share |
Text by Sofi Sarka
The Crawling Season is in full swing or starting soon in your area, we wanted to share with you one of our team drivers journey to the EuroCrawl. 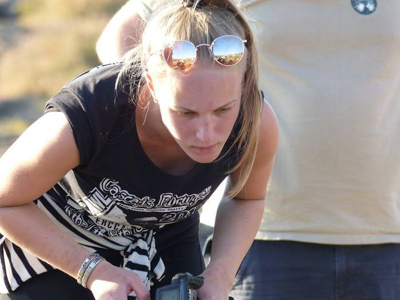 EuroCrawl 2017
This year’s EuroCrawl was held in Cascais, Portugal. Such a perfect location for arranging the biggest crawler comp in Europe. With 9 different countries and plenty of drives we made yet again amazing EuroCrawl.
In this EuroCrawl I drove all four classes. Starting on Friday with Mini and Super, continuing on Saturday with 2.2 Modified class and ending the EuroCrawl with 2.2 Shafty class. I think that driving all four classes gives you plenty of experience and one class supports another. Since, I started driving in 2.2 Modified class it has become my favorite classes. Mostly, because it usually has the most competition because of plenty of drivers. In Mini and Super class the pressure is way less. Those classes are driven so rarely and the participant number is on low level. In my opinion, Mini and Super classes are good way to remove the pressure from other classes. I still, really like to drive both of those classes. Especially, Super have really surprised me and I’ve started to like it even more all the time.  Unfortunately, this year has been so busy for me. Before EuroCrawl, last time when I was driving was in the Nordics in June. Work has kept me busy every time there is a race somewhere in Finland. That is a shame, because I would like to attend way more comps, so my driving would develop. 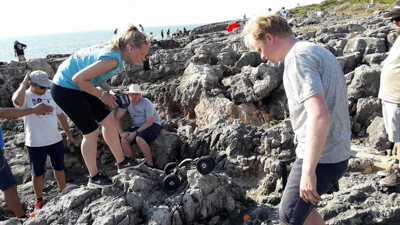 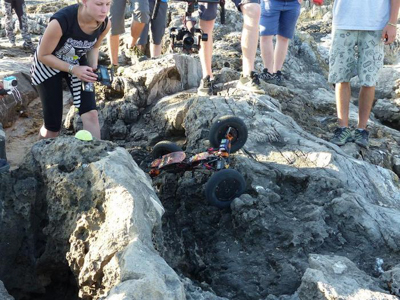 FRIDAY – Mini and Super day
Starting day! Early morning started in the Crawler village. Me, Samu and others who managed to wake up early enough went to the comp site to build courses. My feeling for the day was good. Day before the comp day I had run few batteries with both Mini and Super. The grip in the comp site was amazing. In some parts there was even a bit too much of grip. So with really used tires this place was just perfect. Also I have to mention the beautiful scenery by the Atlantic Ocean.
First we drove two courses of Mini and two courses of Super. In total, four courses. In my opinion that’s a good amount of courses for the first driving day. With Mini course there was one course that I did not finish. That always is a bad result and I know that I could have done a lot better in Mini class. My final position was 10th out of 15 drivers. I can say that I know that I can do better than that. All in all, Samu’s Mini Vätte is really good to drive with. So, nothing wrong with the rig, just something with the one who is steering it.
Then, Super class. I haven’t been driving Super class for that long time. When I started driving it I felt like I could never learn the steering right. Too much buttons to make this huge rig run smoothly. Especially, when I have seen my brother driving it more smoothly that I have seen any other. Still, I’m struggling with the buttons but some development have at least happened. I’m a bit more used to managing the back tires. Maybe someday (hopefully) I will drive as smoothly as Samu. So, also four courses in Super Class. I have to say I’m really blessed with all of them. No DNF:s, and three courses out of four with minus points. That really is an achievement in a class where my goal is to get through as many gates as I can. With this good performance, I was able and really honored to join the Final, which consisted of 5 drivers. I was on the last place and in front of me was Norwegian Paul- Erik Bastiansen. Paul had definitely way more better results from the comp than I did, so I knew I had to do quite an performance in order to beat him. In these kind of final situations it was a bit of a shame that I was driving with Samu’s rig. Terrain in Cascais, was ruthless. You can break your rig really easily. This was one of the reasons, why I tried to drive the final course, so that Samu could still drive it with a working rig from the first place. This was my second time in Finals and of course I was excited. People watching silent and filming your performance. Even though, I know that the final course in Super could have gone a lot better I’m still really happy for the few gates that I managed to get through smoothly. And still, I’m more than happy that I even made it to the final. It always gives you energy and keeps you interested. Samu won the Super class again with amazing performances. 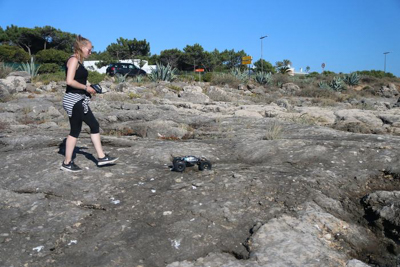 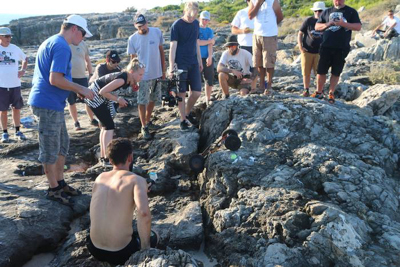 SATURDAY – 2.2. Modified Class
Second day! Yet again course building started early. This was the main day with all the drivers! With my rig Dravtech’s Lilla My I have driven very few comps. I really like the rig and I feel like it fits for me better than the previous one which is now in the ood hands of our filmer NEXT HERO. With good raffle luck and Dravtech’s generous raffle prizes in the Wolds in France Lilla My was built. In the Nordics I think I was still finding out a bit how the rig really works. In Portugal on the training day I managed to find really good feeling for the driving. On Saturday, we drove six courses. The first, second and sixth being the hardest ones. My final result was 28/45. I said to people who asked how was the day, ”something good, something bad”. Few absolutely ridiculous mistakes, and few amazing performances. But still, I wouldn’t want to be perfect. Mistakes are the only ones which we can learn from. Again, I know that I could have done better, but still I’m glad that I left so many guys behind me
When we were packing on the last day we noticed that my upper link had felt the ruthless terrain of Cascais. You can’t really see it in this picture but it barely holds on. I had a luck on the comp! 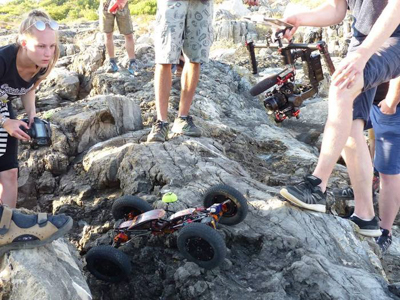 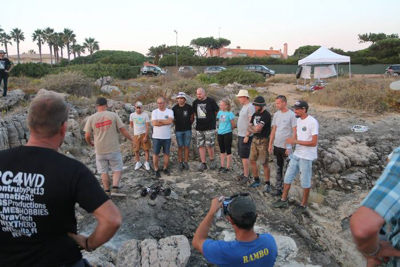 SUNDAY – 2.2. Shafty
Final Day! This final day started with exhausted but excited drivers building the last courses for EuroCrawl 2017. These final days are always the hardest. Your energy levels are quite low. especially in Cascais where there was pretty much +32 degrees and the ”wind” from the ocean didn’t really help. Then of course you know that this year’s EuroCrawl is again over and you’ll see you fellow drivers god knows when. Still upcoming Shafty day was one last chance to get the best result. Samu did change the Shafty quite a lot and one of the best changes was the added weights to the front tires. Especially in Cascais they worked perfectly. We will see later how they’ll work in Finland. Again six courses, and this time me and Samu drove the same car but with different bodies, ”Hoodrat” and ”Carnage”. I would say that my Shafty day was almost perfect, almost. Only one course I screwed up, and I’m still mad about it. It was an easy course but a lot of time taking transitions. I think I was probably on the 8th gate when I asked the time and it was something like one minute. Then, after gate 9, 30 seconds. I was a bit unsure at that point there was even the gate 10. I just hurried to that direction, but no chance. Leaving on the 9th gate gives you automatically +22 points and that is A LOT. Without that failing performance I would have been really happy overall. But again. mistakes are meant to be learnt from. Final result 17/34. Well, you already know that if one course have one better I could say that I’m happy with the result. Still, amazing rig. Both me and Samu are extremely pleased how it runs.
In the End, first of all I have to thank my brother. Without him and his help I wouldn’t be crawling. I’m thankful to have a brother who can still watch my mistakes in the comps and keep giving me tips. I’m honored to be able to drive all four classes and especially most of them with my brother’s rigs. Without Samu I wouldn’t even be in this team RC4WD, which I’m happy and honored to belong to.
EuroCrawl 2017 was yet again comp to remember. Perfect location and perfect people. These comps bring us Crawler maniacs together and let us the chance to have some time with our hobby. I believe EuroCrawl is growing all the time! Mainly because of Samu’s good work and all our amazing sponsors: RC4WD, Holmes Hobbies, Fanatic RC, Dravtech, Pat’s Ventru, RFOT and of course the amazing NEXT HERO which is actually the main source of spreading the word. These comps I will remember for the rest of my life. And like someone said: Crawling is about ”crawl, beer and friends”. 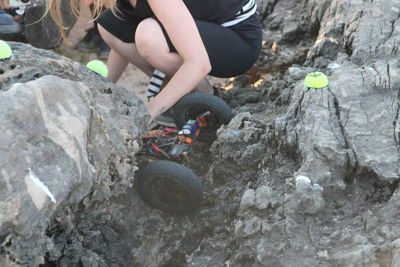