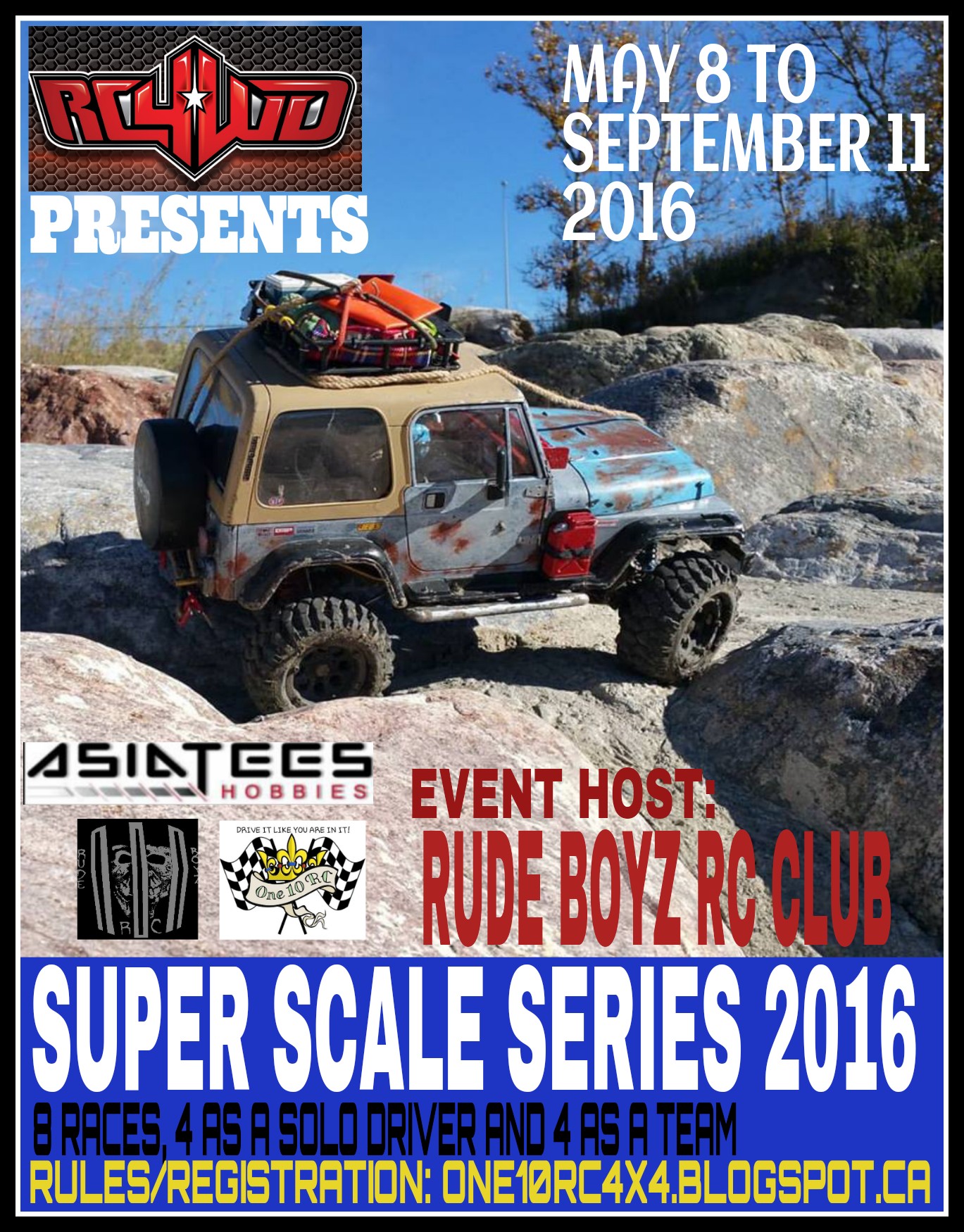 RC4WD is proud to bring you the first ever Super Scale Series 2016!! Event will be hosted by Krazy Joe of Rude Boyz RC Club!!
This series will be held in the Calgary Alberta area (Canada) starting Sunday, May 8th, 2016 until Sunday, September 11th, 2016.
This series will consist of eight races:
Points will be gathered each event based on your driving skills and at the end, a winner is crowner as the top driver!!
For more information, visit the event's website or contact [email protected]
Quick View