Welcome to the Home for Ultimate Scale RC Products 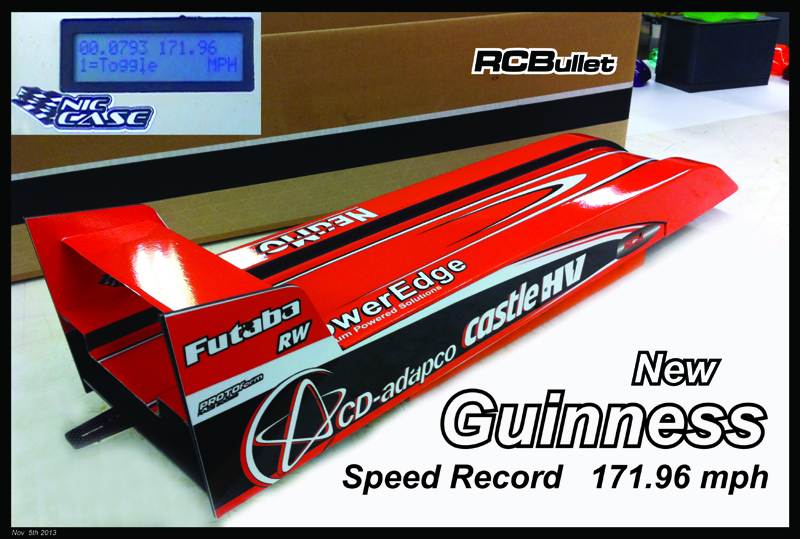 We are proud top be a part of this great story and project.


Words below from Nic Case:

This record was run in December of 2012.

In March of 2013 we ran again with no improvement.

As a result of this & the fact I turned 50 - I retired from speed-running.

On April 13th 2013 , My 17 year old nephew Chris Casey was killed by a Hit-and-Lie driver. In the weeks following, I had a re-think about my retirement, and decided to continue in Chris's honor. I applied to Guinness for the December run. I dedicate this record to my nephew Chris. From now on, all runs are to celebrate his short life.

Records are made to be broken

Thanks to "Team R/C Bullet"

All the people that have invested their ideas, time effort and money

A full list is at the end of the video.

A short video of the record breaking run.